On this day 19 years later, let us not forget.
Please click on Gallery to see our Business Services.

On this day 19 years later, let us not forget. 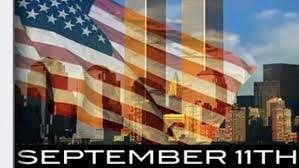 Do you remember where you were when you heard the 1stplane hit the tower? The second plane, Pennsylvania, the Pentagon? Remember the feeling in your gut when we all realized what was happening? We were glued to the television watching as the events unfolded.

Do you remember the patriotism experienced as Americans came together? We were united as a country.

Megan and I had the pleasure of visiting the site on a trip to New York. As we left the subway, I was speaking with a fellow passenger who was on her way to work. As we walked toward the site she acted as our tour guide and pointed out many of the sites along the way. Sites that were instrumental in the recovery process. As we approached the site of the twin towers, we parted ways after a grateful thank you.

The site where the twin towers once stood was fenced off with timeline signs hanging along the fence. It was the most moving experience for both of us as we watched the embers smoldering and musicians playing softly. As visitors approached the fence, we were humbled, and no one spoke a word out of respect for the ones who lost their lives in this horrific act of terrorism.

On this day 19 years later, let us not forget.